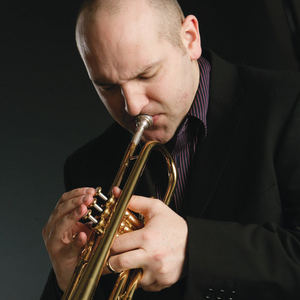 Ryan Quigley is an award winning jazz and lead trumpet player and an in demand studio musician, composer, arranger and educator.

Ryan Quigley was born in Derry, County Londonderry in 1977. He started playing the trumpet at the age of 11 and was brought up on a diet of Miles Davis, Clifford Brown, John Coltrane and Maynard Ferguson. He has recorded dozens of jingles, TV themes and independent movie soundtracks. Having two children and a busy diary as both trumpeter and arranger, leaves little time for hobbies, but Ryan enjoys checking out new music whenever possible.

His first CD, Laphroaigian Slip was released in June 2008 and has since won the Jazz Services Promoters’ Choice Award.