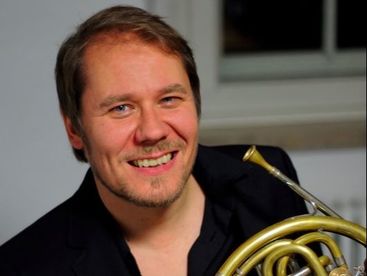 Markus Maskuniitty, born in Rauma Finland, studied at the Sibelius Academy in Helsinki as student of Timo Ronkainen and in Berlin with Radovan Vlatkovic. Maskuniitty is prize winner of several international soloist competitions, including the International Horn Competition in Markneukirchen in 1991 and the ARD-Competition in Munich in 1994. In 1992 he was voted as "Brass Player of the Year" in Finland.

Markus Maskuniitty is former principal horn of the Finnish Radio Orchestra, DSO Berlin and the Berlin Philharmonic Orchestra. He is currently the principal horn of the Stockholm Philharmonic Orchestra. He was also member of the Bayreuther Festspielorchester.
Maskuniitty has beside the orchestra been member of several chamber music ensembles like Stockholm Chamber Brass and the Berliner Philharmonisches Octet and has been teaching at the HMTH-Hannover since 2000. In 2008 he was appointed the full professorship in Hannover.