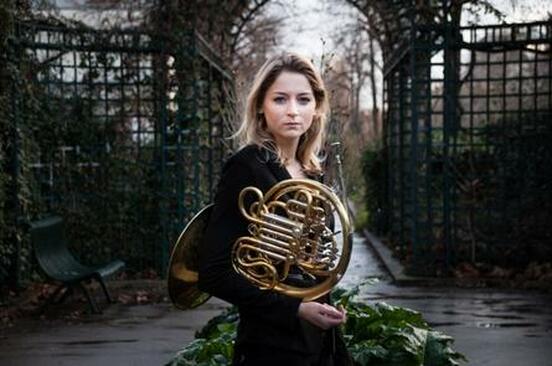 ​Having first appeared as a soloist with the Philharmonia while still studying at the Royal College of Music, she now enjoys a blossoming solo career, performing works by the likes of Richard Strauss, Mozart, and Britten. Most recently with the Philharmonia in London, she has performed Richard Strauss’s Horn Concerto No. 2 led by Tugan Sokhiev and the Britten Serenade for Tenor, Horn, and Strings with tenor Mark Padmore, led by Vasily Petrenko.

​Born in Exeter, Katy Woolley began playing horn at age ten and studied with Sue Dent and, later, Simon Rayner of the Royal Opera House, Covent Garden. Ms. Woolley graduated from the Royal College of Music with a first class degree and was awarded the Tagore Gold Medal by HRH The Prince of Wales. She served as principal horn in the European Union Youth Orchestra for two years and undertook further study at Universität der Künste in Berlin with Christian-Friedrich Dallmann. Katy Woolley is a professor of horn at both the Royal Academy of Music and Trinity Laban Conservatoire of Music and Dance.