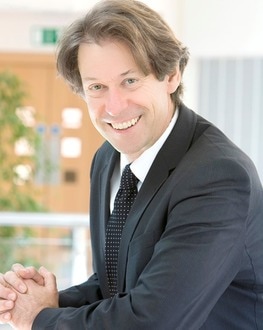 Trumpet virtuoso John Wallace, one of the world’s most brilliant instrumental soloists, occupies a unique international position as a highly and widely sought after performer, educator, ensemble organiser, researcher and original programme planner. The breadth, brilliance and originality of his music making have brought his instrument and brass music to an entirely new, wide audience.

John Wallace’s broad and eclectic interests led to his creation of a remarkable new brass ensemble which he called The Wallace Collection - not coincidentally bearing both his name and the title of the famous collection of paintings in London’s West End. It is above all with the Wallace Collection that John Wallace has developed his most original and pioneering work, including highly ambitious tours to European, American and Developing countries in which the Collection has initiated interactive educational and performing events with many of the local communities. John Wallace has made The Wallace Collection’s remit a remarkable synthesis of performance, education and research. The ensemble initiates many educational workshops and masterclasses and has embarked on a series of performances and recordings of international brass music through the centuries played on original, authentic instruments. The Wallace Collection has become a highly successful recording ensemble, with a remarkable breadth and diversity of repertoire.

Wallace continues to give recitals and masterclasses around the world and has taken part in Arts Council tours in the UK and Australia and British Council events in South Africa and Russia. Formerly Head of the Brass Faculty at the Royal Academy of Music in London, Wallace is currently Principal of the Royal Conservatoire of Scotland. He researched the entire history and development of the trumpet for publication by the Yale University Press. He is also co-editor, with Professor Trevor Herbert, of the Cambridge University Press Companion to Brass Instruments.